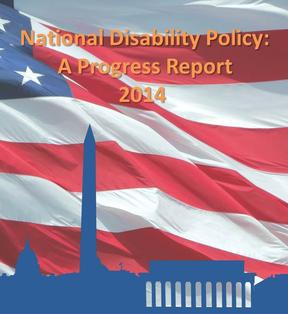 SCOPE AND PURPOSE: This report fulfills NCD’s statutory mandate to annually report and make recommendations concerning the state of disability policy in the United States. The 2014 edition of National Disability Policy: A Progress Report has added significance this year as NCD celebrates its 30th anniversary as an independent federal agency.

The 2014 Progress Report details the status of people with disabilities from across the nation, providing policymakers, advocates, and other stakeholders with an overview of the progress the United States has made promoting and protecting the rights of individuals with disabilities.