Sexual Assault of Students with Disabilities on College Campuses

NCD seeks proposals for a report that will examine the prevalence of sexual assault on students with disabilities on campus as compared no non-disabled students, the reasons why, and what policies/laws can be instituted to prevent and/or reduce the prevalence of such assaults. It will also examine and assess campus policies and procedures regarding sexual assault – from reporting to post-assault services and campus adjudication - and how victims with disabilities fare within those structures, and make recommendations for reform. Proposals are due on August 5. More information at: http://www.ncd.gov/newsroom/funding-opportunities

On May 5, the NCD and the Christopher & Dana Reeve Foundation released “Parenting with a Disability: Know Your Rights Toolkit” at a historic The White House (Official) Forum on the Civil Rights of Parents with Disabilities. The event was streamed live via the White House web page.

In June, NCD released a trifold brochure summarizing best practices for accessible drug labeling developed by the U.S. Access Board’s stakeholder working group, consistent with provisions of the Food and Drug Administration Safety and Innovation Act (FDSIA), and requested pharmacies and pharmacy associations to disseminate the information to their affiliates and members. To date, the American Pharmacists Association distributed the information to nearly 300,000 individuals in their email list in early July, and will also disseminate it through its publication “Pharmacy Today” to nearly 160,000 in its August edition.

NCD's Council Members and staff are currently or will soon be engaged in policy work on the following topics:

NCD in the Community 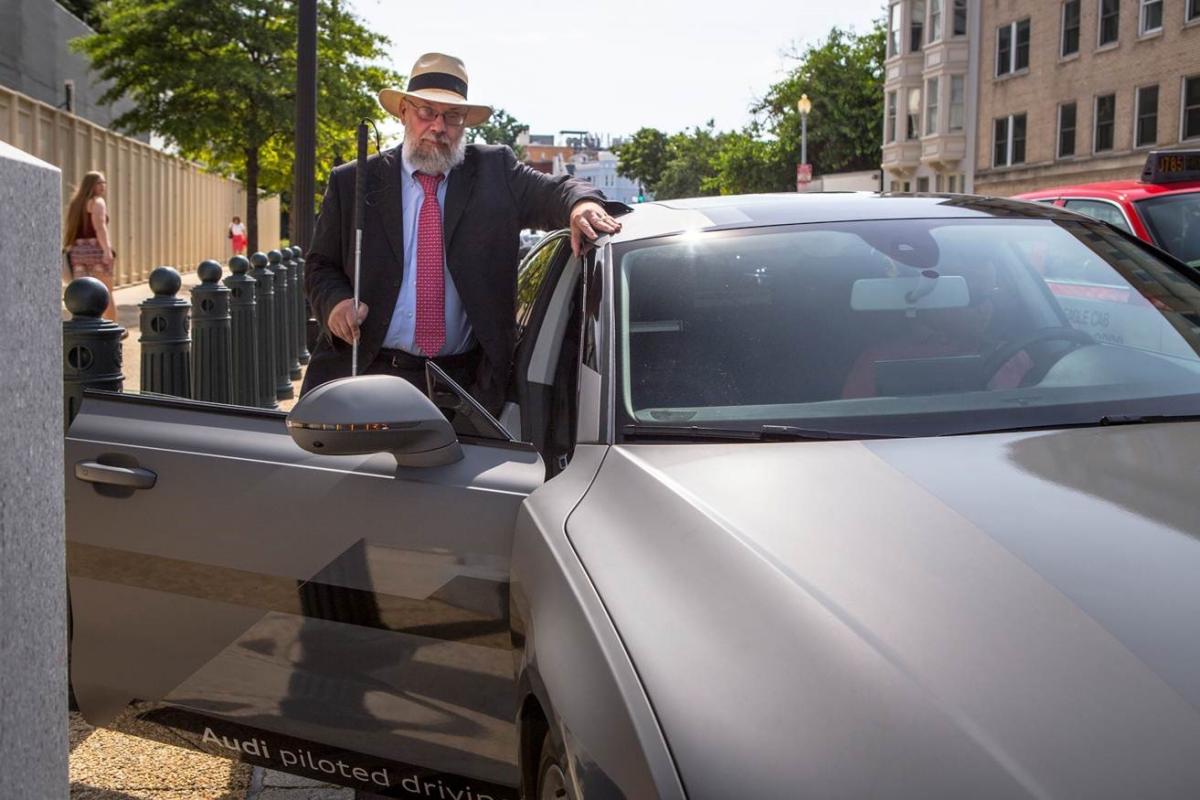 i’s prototype SAE Level 3 automated vehicle when it made its public debut in the nation’s capital. The drive originated at Dirksen Senate Office Building under human operation and went across the 14th Street Bridge, and over the Potomac under human control, then went hands free in automated mode past the Pentagon to Route 7 in Virginia along 1-395. The vehicle then returned to human operation before looping back to the Dirksen Senate Office Building.  Guidance on the use and development of autonomous vehicles is expected to be issue by the National Highway Traffic Safety Administration this summer.

In July, Rebecca Cokley joined EEOC Commissioner Chai Feldblum, Anupa Iyer, and Shannon Minter at Netroots Nation to discuss “Galvanizing the Forces: Moving Forward in the Disability and LGBT Rights Movements.” Using the disability and LGBT rights movements as examples, the panel discussed the types of discrimination people with disabilities and LGBT people face, explained how the movements are similar yet different, and discussed new ways to protect these communities under existing law.

Clyde Terry spoke at the annual meeting of the National Association of Councils on Developmental Disabilities (NACDD). The topic was “Improving Health Systems across the Life Course.” NACDD was greatly interested in NCD’s recent reports on the Affordable Care Act, and Mr. Terry’s remarks focused on addressing health care needs and improving services for those with both physical and cognitive disabilities.

NCD in the News

NCD will host three themed town halls at its upcoming Council meeting in Minneapolis, MN, on July 28, 2016. Information shared during the Town Hall sessions will inform NCD’s work in these areas as research projects are undertaken in the year ahead. The location for each session will be at the Bergen I Meeting Room, Radisson Blu Downtown Minneapolis at 35 South 7th Street, Minneapolis, Minnesota 55402. Those who are not able to attend in person can always send their comments via email to: PublicComment@ncd.gov or call-in with their comments, although priority will be given to those who attend in-person.

To better facilitate the town halls, any individual interested in providing public comment is asked to register his or her intent to provide comment in advance by sending an email to PublicComment@ncd.gov with the subject line “Public Comment” with your name, organization, state, and topic of comment included in the body of your email. All emails to register for public comment at the quarterly meeting must be received by Wednesday, July 27, 2016. Due to time constraints, NCD asks all commenters to limit their comments to three minutes.
The three town halls are as follows: