Andrés J. Gallegos, Esq. Andrés J. Gallegos, Esq. is the Chairman of the National Council on Disability. He is a shareholder with the law firm of Robbins, Salomon and Patt, Ltd., in Chicago, Illinois, where he focuses his practice on disability rights and healthcare law. He founded and directs the law firm’s national disability rights practice, which has as its emphasis improving access to healthcare and wellness programs for persons across all types of disabilities. He is the immediate past Chairman of the Board of Directors of Access Living of Metropolitan Chicago, Chicago’s Center for Independent Living, and is a two-term past-member of the Statewide Independent Living Council of Illinois, having been appointed by the governor. He is also a board member of ADA 25 Advancing Leadership Institute, a Chicago-based non-for profit whose mission is to increase civic engagement and diverse leadership in the Chicago region by developing and building a network of leaders with disabilities. He is the 2015 recipient of the Paul G. Hearne Leadership Award from the American Association of People with Disabilities. He has written numerous articles for national and state professional healthcare and legal organizations on matters relating to the application of the Americans with Disabilities Act, the Rehabilitation Act of 1973 and Section 1557 of the Affordable Care Act to healthcare providers, and is a highly-sought out lecturer on accessible healthcare and disability rights. He graduated with Honors from the University of Southern Mississippi, with a B.S. in Business Administration, and he attained a Juris Doctorate from the St. Louis University School of Law. He is a veteran of the United States Air Force, serving honorably for 14 years.

Jim Brett is the Vice Chairman of the National Council on Disability. He formerly served for more than 15 years as a member of the Massachusetts House of Representatives. While serving as a legislator he was appointed Chairman of five committees and was recognized on 10 occasions as Legislator of the Year. Brett currently serves as Chairman of both the Governor’s Commission on Intellectual Disability in Massachusetts and the Massachusetts Disabled Persons Protection Commission. He formerly served as Chairman of the President’s Committee for People with Intellectual Disabilities, and was the former President of the Board of Directors of the Massachusetts Association for Mental Health. In 2014, he was inducted into the Special Olympics Massachusetts Hall of Fame. Also in 2014, the Disability Law Center bestowed upon him the Edward M. Kennedy Leadership award. In 2013, the University of Massachusetts Boston established the James T. Brett Chair in Disability and Workforce Development, the nation’s only endowed chair in disability and workforce development. In 1996, Bay Cove Human Services of Boston named a new community home for disabled adults “Brett House” in his honor. Mr. Brett is a recipient of 14 honorary degrees.

Jim Baldwin has a business background in banking. He has been President of Bakersfield Arc (BARC) since 2001. He has worked with local nonprofits to establish a countywide collaboration called VOICED. It is a group of executive Directors of organizations that provide jobs and services to people with disabilities and their families. Over the 18 years as BARC’s President and 7 years on the BARC Board, Jim is actively involved in the local, state and national level of the Arc. He is well known by the elected officials and is a recognized advocate at the local, county, state and national levels.

David D’Arcangelo is the Commissioner of the Massachusetts Commission for the Blind (MCB), one of 15 agencies within the Executive Office of Health and Human Services (EOHHS).  Legally blind from a young age, he has built successful careers in both the public and private sectors.  As Commissioner, David oversees the agency’s $34M budget to ensure the highest quality of vocational and social rehabilitation services are delivered to individuals with blindness.  He was recognized by the Council of State Governments as one of the 30 Leaders Impacting Disability Policy.  Previously, he was Director of the Massachusetts Office on Disability (MOD).  David also served three terms as a Malden City Councilor-At-Large and was one of very few elected officials in Massachusetts to openly serve as a person with a disability.  David’s extensive experience in government and public policy includes serving the administrations of four governors and as an aide in the Massachusetts State Legislature.  He also served on the national “Work Matters” Task Force, which designed a framework for states to use in workforce development for people with disabilities as Co-Chair the Transportation, Technology & Other employment Supports Subcommittee.  He has presented at the National ADA Symposium, the American Enterprise Institute, the National Governor’s Association State Learning Lab and numerous other conferences, meetings and events.  He has served on the Board of Directors for the Arc of Middlesex East; Resource Partnership; and Tailored for Success; as well as member and former Chair of the Massachusetts Commission for the Blind Rehabilitation Council; Braille Literacy Advisory Council, and as an Election Officer for the City of Boston.  David is a graduate of Suffolk University, where he has served as an adjunct faculty member in the Communications and Journalism Department.  David has a daughter who is on the Autism Spectrum. 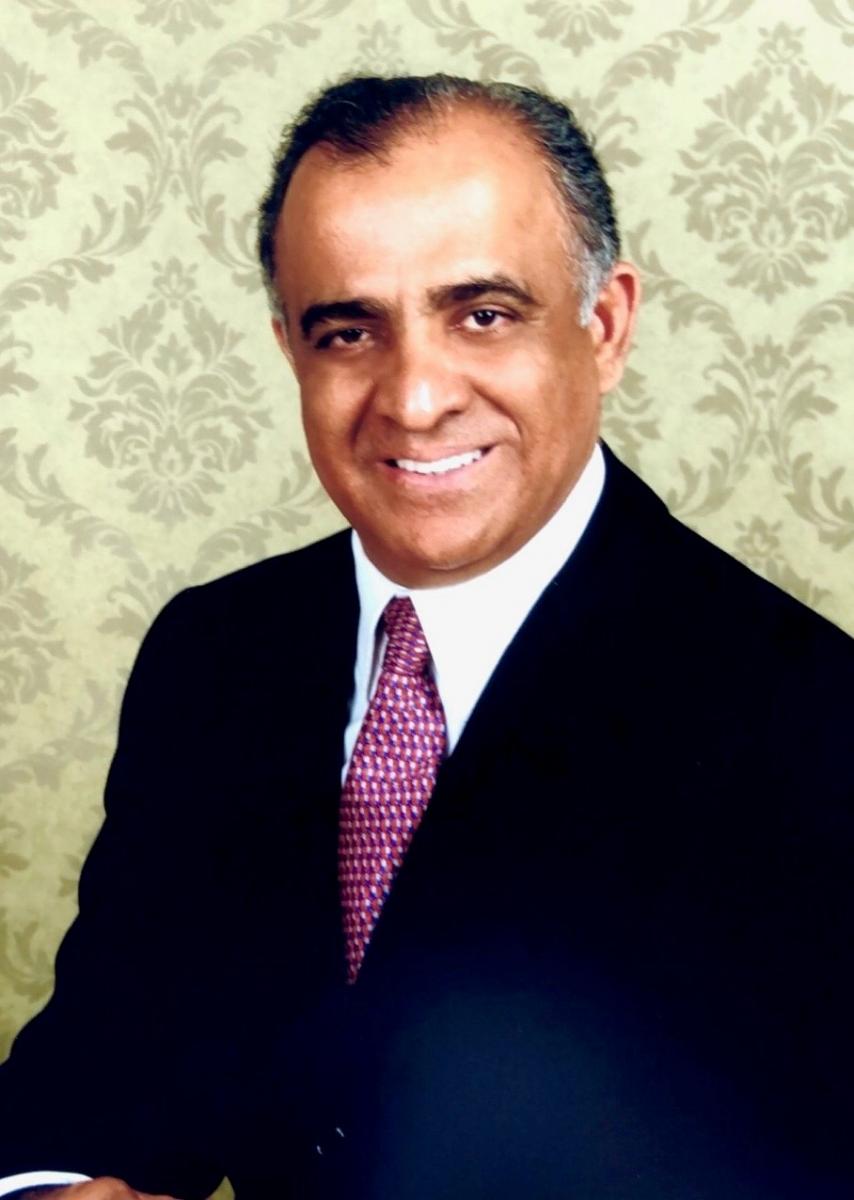 Dr. Munr Kazmir is originally from Pakistan and graduated from the University of Punjab with an M.B.B.S./M.D. After immigrating to the United States and completing his Internal Medicine internship at the White Plains Hospital/Montefiore Medical Center in New York, he continued his medical studies at Methodist Hospital and Baylor College of Medicine in Houston, Texas. He developed a health care employment agency, providing medical staffing to hospitals in the metropolitan area and free medical services to underserved area residents. He also established Direct Meds, with the focus of serving home-bound and disabled patients with in-home delivery. Today, he continues his quest to ensure that low-income, HIV patients, neglected children, and the disabled receive the appropriate medical care they deserve. He co-founded the American International School System in Lahore, Pakistan, focused on bringing top-quality American based education to underprivileged children in neglected regions, and focuses on enhanced programs for special needs children. He serves on a number of boards, including the Board of Governors of the Republican Jewish Coalition; American Jewish Congress (vice chairman); Chabad House; Anti-Defamation League, and Rabbinical College of America.

Dr. Rick Rader is a physician cross-trained in internal medicine and medical anthropology. He is board certified in Developmental Medicine. He is the Director of the Habilitation Center at the Orange Grove Center where he is responsible for the identification, initiation and evaluation of innovative medical delivery systems for individuals with intellectual and developmental disabilities across the life span. He is President of the American Association on Health and Disability and a founding member and Past President of the American Academy of Developmental Medicine and Dentistry. He serves as the Editor in chief of Exceptional Parent Magazine and has published over 300 articles in the area of health and disability. He is a member of the Executive Council at Friends of the National Center on Birth Defects and Developmental Disabilities as well as a Emeritus Advisor on Healthcare Innovations at the Agency for Healthcare Research and Quality of the US Dept of Health and Human Services. He was the first appointed Special Liaison for Family Health Concerns at the Presidents Committee for People with Intellectual Disabilities. He is the National Medical Director at the National Alliance for Direct Support Professionals as well as a Member of the Global Medical Advisory Committee at Special Olympics International. He has served as an advisor to six former U.S. Surgeons General in the area of health and disability. He was elected as a Distinguished Practitioner by the National Academy of Practice in Medicine.

Neil Romano has dedicated his career to the marketing of ideas and messages to help save lives and promote public policy.  Romano’s extensive professional background includes tenure as director of communications for the White House Office of Drug Abuse Policy. In that role, he worked on notable public awareness campaigns including “Just Say No” and “America Responds to AIDS.” In 2007, Romano was nominated by President George W. Bush to be the Assistant Secretary of Labor for Disability Employment Policy and was unanimously confirmed by the U.S. Senate. As head of the U.S. Department of Labor’s Office of Disability Employment Policy (ODEP), Romano advised the Secretary of Labor and worked with all DOL agencies to lead a comprehensive and coordinated national policy regarding the employment of people with disabilities in the United States. His work as a member of the Committee for Purchase from People Who are Blind or Severely Disabled, helped improve the quality of life for workers with disabilities. In 2010, Romano’s work as a member of that committee was recognized by the full committee with a special leadership award. As a producer/director, Romano’s film, “Youth Homicide: A Public Health Crisis,” earned a Best Director Emmy Nomination. 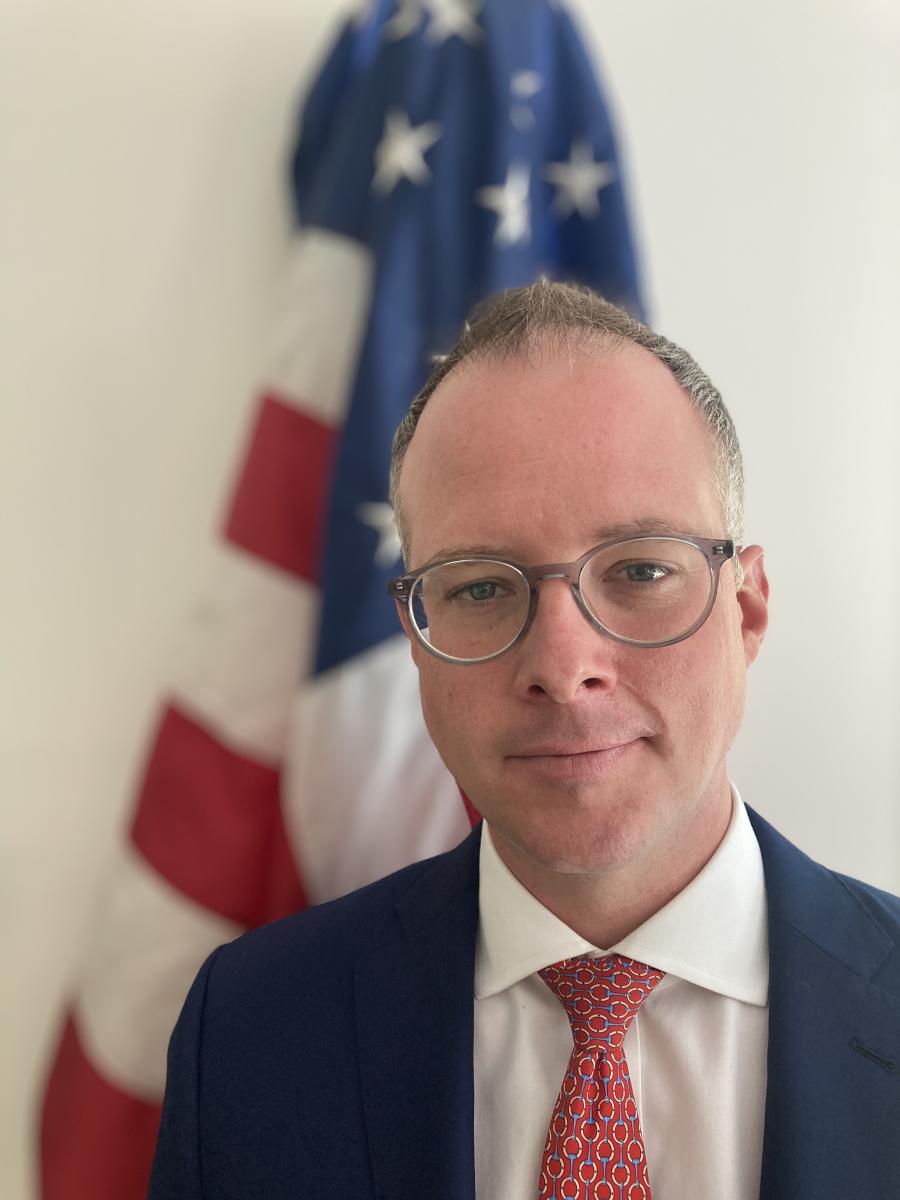 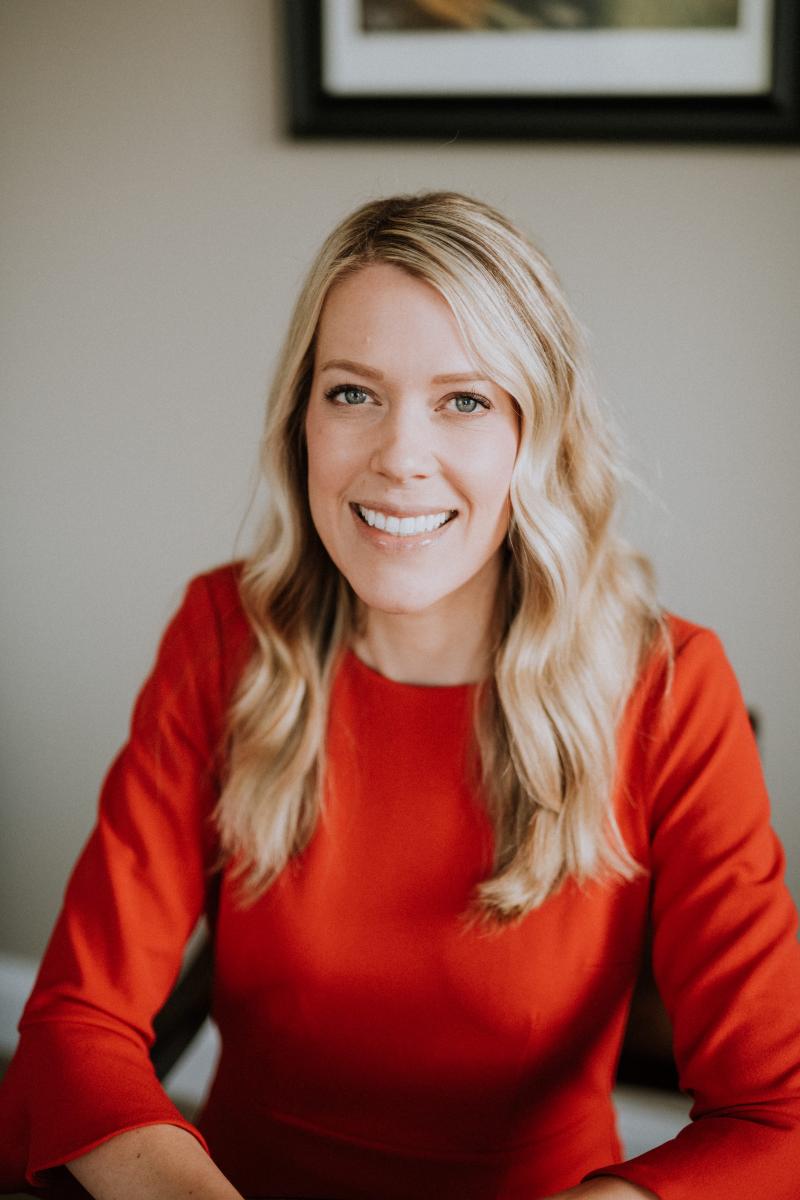 Mary G. Vought is the President and Founder of Vought Strategies and the Executive Director of the Senate Conservatives Fund in Washington, D.C. Prior to that, she worked in the U.S. Senate for Senator Ron Johnson (Wisconsin) as his communications director and then senior advisor. She also worked in the U.S. House for several Members of Congress, including serving on the House leadership staff for then-Representative Mike Pence (Indiana). Mary has had several pieces on the topics of disability and health published in national publications such as The Wall Street Journal, Washington Post, USA Today, and the New York Post. Mary has been a strong advocate for those with cystic fibrosis like her youngest daughter. Vought has a bachelor's degree in communications and one in political science from Vanguard University in Southern California.